The Choice to Be Shy

Growing up, I was painfully shy. I could hardly look a person in the eyes, and the thought of getting up and speaking in front of people would bring me to the point of tears. My mom and I joke to this day about how she always had to ask the sales clerk if I could have a fitting room to try on clothes because I was too scared to ask for myself.

For the longest time, I believed this was just my personality. I was the shy, quiet girl who didn’t like too much attention. But while it was true that I was more of an introvert, what I was believing about myself was, in fact, a trap of the Enemy meant to keep me in bondage.

On Andrew’s Gospel Truth broadcast, he has been doing a verse-by-verse teaching through the book of Proverbs. During this series, Andrew talks about Proverbs 29:25:

“The fear of man brings a snare, but whoever trusts in the Lord shall be safe.”

As I got into the Word more throughout my adult life, I began to realize that this fear wasn’t simply an unfortunate personality trait that I had absolutely no control over. This was bondage: a perfectly set trap to keep me caged in my small world and small thinking. As long as I clung to that lie, I remained right where I was, unable to move forward into what God had for my life.

So, I began taking steps of faith, acting confident even when I didn’t feel confident. Some might see that as being fake or two-faced. But I had to make a decision about which was going to be the higher truth in my life: how I was feeling or what God said about me. I decided that I was going to act on who the Word said I was rather than on how I simply felt at the time. And that has truly made all the difference in my life.

In his Gospel Truth Proverbs series, Andrew also says, “What a great way to live, to where it just doesn’t really matter what people say about you. It’s what God says. If you, in your heart, know that you’re doing what God has told you to do, you do not have to be validated and confirmed by other people. . . . That’s a great way to live.”

Today that shy, insecure little girl is working for Andrew Wommack Ministries, reporting in front of a camera to hundreds of thousands of people all over the world. God had much bigger plans for me than what I was allowing for myself. And you know what? He has bigger plans for you too. The only question is, which plans will you choose?

Don’t miss the Gospel Truth this month as Andrew wraps up his series on Proverbs. It will guide you to God’s timeless wisdom so that you can live your life of purpose. 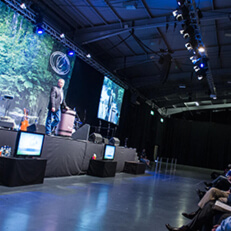 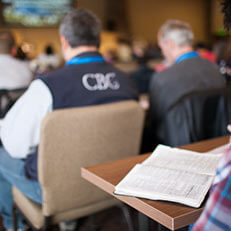 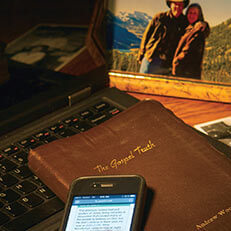